Where are You going?

You might imagine the 1950’s. A white-picket-fence kind of living. Where the roles and the expectations of (pretty much) everyone was identical. Where you had well-defined examples of “how to fit in” with the culture. It reminds me of the notion of a religious template. A template of “God’s expectations.” If you could train yourself to live a “righteous life,” then God would find favor with you and grant you access to heaven. To imagine a “perfect” world where how we are to behave was so well-defined. But a static unchanging idea of living is perhaps the truest definition of blasphemy there is.

There was immense folly in such static notions of life. In the 1950’s, as a young boy (no, I am not THAT old) you were expected to suck it up. To not show emotions. If you fell and scraped your knee, you were to get right back up and suck it up. You were to keep it all “under control.”

I was brought up in a very religious household. I say “very” because my Dad took religion to an extreme. Often making the actual church leaders look like slackers. He would well up with emotions, to the point of tears, anytime he would talk about God. I have seen pictures of my Dad in his youth. A young, happy and quite innocent farm boy. With a big-ass smile on his face. But that part of him would be a side of him I would not see, not to the level of purity that he embodied in his youth.

I would first meet him after he went though hell. And, perhaps, it was in hell that he formed his relationship with God. I suspect his relationship with God had its foundations in the foxholes of World War II. Where his innocence was shattered when he was expected to learn how to kill. Efficiently and effectively. I do imagine him, in his innocence, praying out to God, to ask him why. Why must he take on such carnage? Why must he destroy his innocent heart? How could his platoon operate if the extreme pain his heart was going through, was expressed on the battlefield? He had to shove it down. He had no liberty to express the intense pain of his heart, of the multitude of emotions that he was feeling in such a painful and chaotic battlefield. What if his platoon would actually process their emotions real-time? To fall to their knees and weep in sorrow. To hug each other and try to work through their deep and brutal emotions. They would be slaughtered by the cold and callous enemy. Their emotions would render them vulnerable and defenseless. They had no choice but to suppress everything they were feeling. To push it straight into their subconscious. The very mechanism of PTSD. I cannot even imagine what that was like. But I do have a very clear observation of its effect.

My father had five heart attacks. Some of them massive. Underneath his everyday demeanor, he was a bundle of rage, anger and bitterness. It wasn’t that he never showed us a lighthearted side, for most of the time he was pretty easygoing. But just below the surface, he could go off the deep end. He could show us a rage of anger that would make all of the rest of the family desire to be invisible.

So what am I getting at here?

There is an ebb and flow to the natural progression of life. Yet we can find a “safe” way of living and kind of park it there. I totally get that many of us have come out of struggle. For many of us, out of very harsh and painful pasts. And to finally find a place of rest and comfort, it can easily become the preferred place to live. We choose to live in a calm place. A calm life. And indeed, that has immense value of its own.

Well, the collective consciousness is turning into a hot mess. I don’t have to describe it to anyone, as 2020 turned the whole of humanity on its head. And the millions of separate and distinctively different belief systems are playing themselves out on social media. Where we all are voicing what we believe to be the proper way to navigate life’s challenges. Many of us want to get back to “normal” as soon as possible. To keep it the way it was. Where there wasn’t so much upheaval. But it is that very upheaval that will set us free. If my father had learned to, and then actually processed, all of his suppressed feelings, he would have lived a completely different life.

I have not had any heart attacks. And I don’t see any in my future. But the reason why, perhaps, is that I allow myself to go into my darkness, into my shadow, and let myself feel the pain and the agony that I had avoided in my past. I have found myself, curled up in a ball, all alone on my kitchen floor. Writhing in pain. Feeling a wretched pain in my heart. I clearly understand that in order to transform myself, I have to be able to feel my shadow. My darkness. Without festering in it. But with compassion. This is the path to true transformation.

Humanity is going through our collective shadow. Our collective path is full of pain and suffering. The pain and suffering of humanity. We need to process the past, to truly set ourselves free of it. Both individually, and collectively. Do not avoid the bad news. Do not ignore the news reports that are showing us our shadows. It is not that we have to live in the pain forever. But if we ignore the pain, that we are collectively holding just below the surface, we can never get past the pain. We cannot have a healthier future. It doesn’t have to be a chore. We allow ourselves to feel. In an ebb and flow sort of way. To give ourselves the permission to spend episodes of crying and sobbing. And then to come back to center. And, of course, to experience episodes of delight, joy and happiness. The more we allow ourselves to feel our suppressed feelings, the easier it is to process them, as they arise in our everyday lives. Avoid suppressing them, and keeping ourselves out of posturing with what is.

If we are ever to be able to embody unconditional Love, and thus Heaven itself, we must learn to accept all that it … just as it is right now.

Love to You on this day. 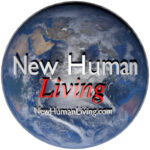 What good can you harvest from your shadow

Taking it on the Chin

Putting Yourself Back Together