Please join us and our guest, Paul Selig, for a show on The Book of Freedom, the third in the Master Trilogy series. His previous trilogy of channeled wisdom led to a following around the world for its depth, intimacy, and psychological insight; likewise, the first two books of the Mastery Trilogy, The Book of Mastery and The Book of Truth, have attained similar popularity and praise. This widely anticipated third volume continues the “Teachings of Mastery,” which demonstrates how to find full expression as the Divine Self through surrender and acquiescence to the true nature of one’s being.

Paul is considered to be one of the foremost spiritual channels working today. In his breakthrough works of channeled literature, I Am the Word, The Book of Love and Creation, The Book of Knowing and Worth and The Book of Mastery, author and medium Paul Selig has recorded an extraordinary program for personal and planetary evolution as humankind awakens to its own divine nature.

Paul was born in New York City and received his master’s degree from Yale. A spiritual experience in 1987 left him clairvoyant. As a way to gain a context for what he was beginning to experience he studied a form of energy healing and began to “hear” for his clients. Described as “a medium for the living,” Paul has the unique ability to step-into and “become” the people his clients ask about, often taking on their personalities and physical characteristics as he “hears” them telepathically.

Paul’s unique abilities have been featured on ABC News Nightline, Fox News, the Biography Channel series The UneXplained, Gaim TV’s Beyond Belief and the documentary film Paul & The Word. He has appeared on numerous radio shows and podcasts including Coast to Coast AM with George Noory and Bob Olson’s Afterlife TV.

He lives in New York City where he maintains a private practice as an intuitive and conducts frequent live-stream seminars. To learn more visit PaulSelig.com. 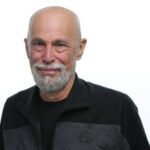 Attract It!, the Law of Attraction Game with Egan Sanders 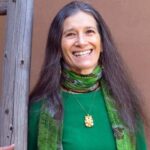 Ceremony: Invoking the Sacred Into Our Lives with Sandra Ingerman