By becoming empty … you become …

There is a dichotomy of sorts. It is through the ego that many of us “see” ourselves. And the ego is the realm of symbols. Or labels. I am this. I am that. Certainly, there can be value to that. For example, perhaps we are trying to conquer a big challenge. To become a doctor, leader, or such. It can help to tell ourselves … I got this. I can do it.

But, from a much bigger perspective, holding on to symbols does not have any value. In other words, our soul has no need for symbols. If you think of holding a static image of yourself, by claiming certain attributes as your identity, you are actually diluting the quantum field in each moment.

There is a curious thing, in the mechanics of karma, that can get us stuck. To posture with anything is to dilute the outcome.

To test this theory I decided to allow myself to be wrong. As the department head, I was expected to know. I was responsible to make sure that we were broadcasting correctly based on all of the technical parameters that our industry was based on. So, the first place I decided to allow myself to be wrong was the department meetings that I held. When a topic came up regarding a technical aspect of our broadcasting efforts, I admitted that I had made a mistake. Seemed simple enough. Just admit that I had been wrong. I shared with the department how I had made some assumptions about how we could implement some changes to the electronic gear we had installed. I remember the reaction of the department. There were a few surprised faces in the meeting. As time progressed, and I was much more open about when I had been wrong about something, they started to notice this new pattern in my behavior. Remember, as the department head, of a very technical industry, being right was critical to us being successful. I, as the department head, would want to “set the standard” of the correct way to handle all the details of our responsibilities. To all of a sudden start admitting that I had made mistakes, was a new behavior in my demeanor.

After a few episodes of this new behavior, I noticed something right off the top. The employees soon discovered that if, indeed, I, as the department head, allowed myself permission to be wrong, then it must be OK for them to be wrong too. I felt a sense of worry come over me. What had I done? Did I rupture the integrity of the department? Had I broken a fundamental part of engineering practice? Had I let the cat out of the bag, and perhaps there was no going back?

Well, at first, the changes were not obvious. By allowing it to be OK to be wrong, there wasn’t much difference to notice. But then, a most curious thing started to happen. By challenging myself to break up any mental karmic imprinting, I had created a totally new paradigm for the department. One of the first things I noticed was during the department meetings that we regularly had. Before, when there was a clear bias towards always being right, only a few of the employees would contribute whenever they were asked to share ideas. Whenever I would ask for people’s opinions of how we might approach a problem, just a few regulars would actually chime in. But once I made it OK to be wrong, more and more employees would actually share their ideas. They would preface their contributions with statements like … “I don’t know if this would work or not, but could we try …” and then they would share an idea that they had. Employees that had pretty much never contributed any of their ideas in the past, started contributing during the department meetings. What surprised me even more was how they came in to work to begin their shift. They would share things like … “I was thinking about his problem at home last night, and got the idea of what we might try to resolve this problem.” By making it OK to be wrong, they had actually started spending their own time thinking about most anything that might work.

This led to a very powerful change in themselves. They actually started taking a personal interest in solving problems. And by taking a personal interest in solving some of the department problems, they started having more pride in their jobs. And feeling good about contributing to the direction of the department. And the morale of the department grew substantially. Now they started talking about possibilities while they worked. There would be discussions among themselves about what we might do to solve some of the problems the department was facing. And the morale, productivity and creativity of the department expanded considerably. The employees enjoyed their jobs a lot more. They were much more engaged in participating in the direction of the department. It turned out to be a very positive effect. By holding an expected bias about the notion that the engineering department was diligent about being right, we had actually created a karmic stigma.

By mentally being biased about the value of being right, we had collapsed a whole arena of new possibilities. Now don’t get me wrong ;- ) it was important that we were right. It was important that the signal we were broadcasting was right or correct. Or else we would not be able to generate a signal that all the television sets could receive. Yet, initially having a bias about being right, turned out to be a very
expensive mental karmic stigma.

Let go of ANY posture. Let yourself become empty.

By becoming empty … you actually become full (of possibilities). 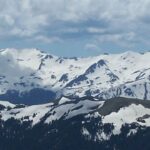 If I do your homework for you … you will never…

The Goddess and the God

You can’t escape … your Divinity