Breaking from the Herd (Mentality)

I have had a very fortunate perspective. With decades of working in the Television industry, I have had a front-row seat. In the TV industry there is so much content that the industry distributes within itself, which never makes it to the airwaves. News stories from all over the nation, and all over the world, that never make the newscast.

One of the things that I started to notice, was the overall narrative. When you watch a (single) human being grow up, you watch them develop and evolve. Eventually reaching maturity. Becoming an adult. But, over time, it was becoming evident that I was watching cycles. The same cycles. A narrative that kept falling back into the same old narrative.

There was a herd mentality that seemed to never make the next step in its own evolution. I was fascinated that I was seeing the same narratives unfold, over and over, like we would never learn our lessons and evolve past the narrative. One of the things that has been with me my whole life, was a deep curiosity about our human demeanor. What makes us choose what we choose?

There is a notion of right and wrong. A very powerful notion indeed. There is a tribe, or herd, mentality behind being a citizen of a country. From feeling like you belong to a group. Any group, really. But it was first evident to me based on countries and the wars they fought. How important that (each individual) country unite in its own sense of patriotism. If you are not for this war, you are a traitor. You have to be a patriot if we are going to “win” this war. Two (or more) countries squaring off based on belief systems. And on each side, the individual was expected to be a good “patriot” and get behind the cause.

In the 50’s, the entire country (USA) seemed to walk in step with itself. The white picket fence idea of what proper living was expected to be.

In the 60’s and 70’s there came a division. The hippie movement, you might say. Where people fell out of the herd narrative, and masses of people started to question the mainstream narrative. Stop the (Vietnam) war. Descent amongst the patriots.

There was another thing I noticed. About 20 – 25 years ago, the way the news was reported had changed. You might say … the cart tipped over. There used to be a narrative that said, if you were an up-and-coming journalist, you would find a big story to be broken. And then investigate it. To make a name for yourself. The notion, back then, was that the journalists were the watchdogs of the establishment. Reporting on incongruousness within the establishment.

But that has pretty much ended. Or rather, that kind of in-depth reporting has been pushed underground. It is not found in the herd mentality of the media these days. Journalists have become the lapdogs of the establishment. Not really willing to rock the mainstream narrative. Not really willing to break from the herd.

So, in 2008, we had the financial crash. A nationwide catastrophe. I remember seeing reports of how certain folks made billions of dollars from that event. And they were fined. Not incarcerated. In fact, they are still sitting in the same seats where they leveraged themselves for gain. Ready to do it again, whenever they so choose.

If I am a robber, and I steal one billion dollars, get “caught,” and the “punishment” is a 100-million-dollar fine, am I not just splitting my bounty with the government? Free to steal again?

Why am I writing about this?

There are several huge narratives that wreak of exploitation and deceit playing out right now. At a scale that makes the so-called atrocities of our past seem like child’s play. And the journalists that are trying to bring it to light are not getting the airtime over the common channels. In fact, they are getting pushed out of the main narrative.

It is obvious that humanity is going through some serious growing pains. Are we going to actually learn and evolve from these lessons? Or are we going to cycle back into the same old narrative? Without growing ourselves?

In order to have the future that truly honors us, requires us to hone our ability to discern the truth. If the herd has the wool pulled over its eyes, it just might be the time to break from the herd. Let the truth, with a capital “T”, tell you what to believe and what to do.

Believe whatever you want to believe. Forever.

How can you be a sovereign being if you are following somebody else’s narrative? Weigh everything with your heart, and you will (eventually) learn how to discern the truth. The BIG truth.

To Heaven on Earth.

Love to YOU on this day. 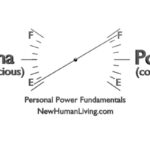 Power is measured as Energy 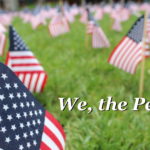 Change is getting serious … as it should

You can’t escape … your Divinity