In other words, we have much more to learn than we know right now. Both individually and collectively.

When we are raised in a culture, we are literally programmed by that culture. We are a “blank page” when we are born. As far as what we believe. Because beliefs are the place of the ego/mind. We didn’t have an ego the day we were born. And it was in our cultures of origin, that we were told, by our tribe, what was important and the truth, and what was considered false or perhaps blasphemy.

Jesus Les! Why do you keep using Him as an example? You are not even religious! ;- )

Because He is an “accepted” belief.

I could use Zor, defender of the great Applolusa Chaterquattic tribe of the high country. And your eyes would roll. But, perhaps, somewhere in your tribe of origin, there were tales of Jesus … you get the idea.

OK, back to Jesus. Jesus has told us, we will be doing everything he has done. But wait. What if I am a woman living in the 1700’s? And I follow Jesus’ guidance and I eventually start performing miracles, as Jesus had promised I would do. And the “church” would find blasphemy in this and burn me to death as a “witch.”

So, what is “true” here? Is it the church that finds the woman guilty of blasphemy? Or the teachings of Jesus that told us to expect to be performing miracles?

2020 has been such an upheaval of our collective consciousness. We have all collectively been through the ringer. There is a lot of debate over what the truth is. There is a divided consensus of what we should do to get back to normal. Two basic schools of thought. We should all get the … Or stay away from me with that voodoo!

I am intentionally staying somewhat vague here so you can fill in your own most heated topic(s).

There is a much bigger topic here, that I will poke at with a stick. I do not want to present my beliefs here, but rather, invite you to review how you handle your beliefs. For I do assure you, that there is a massive amount of information, that is true, that isn’t part of our collective narrative. I have been working in the mainstream media for over 35 years now, and I assure you that you are fed a very small, and very naive, narrative.

Please imagine for a moment, how could one even spend 21 trillion dollars, and not have it discoverable?

What if there is a much bigger narrative, similar to the witch-burning mindset? Where there are those who would plan our demise, with the intention of bringing us harm. What if there is a narrative that is, perhaps, so perverse, that there are “evil” ones that would want to still “burn the witches, but en masse?

The reason I bring this up, is that a lot of “new” information is going to be disclosed. For many of us, the new information will seem so impossible, that we will want to bury our heads in the sand. Which is exactly what those who are trying to deceive us … want.

You cannot consider yourself enlightened, if you cannot understand the truth.

Please, now and forevermore, believe whatever you want. 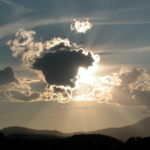 Our Saviors will not save us. They don’t want to 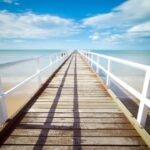 The Last Mile is All You!

Life in the Fast Brain