Please join us and our guest, Joanne DiMaggio, for a show on her book, Edgar Cayce and The Unfulfilled Destiny of Thomas Jefferson Reborn.

On June 23, 1936, Edgar Cayce, the most documented and renowned psychic of the twentieth century and the father of holistic medicine, gave a Life Reading for two-day old Thomas Jefferson (T.J.) Davis, the nephew of his secretary, Gladys Davis. In this reading, Cayce identified one of the child’s past lives as that of Thomas Jefferson, adding this stunning prediction—that he “may become more important in the affairs of the WORLD than this entity in its previous experience has been to America—Thomas Jefferson.”

Edgar Cayce and the Unfulfilled Destiny of Thomas Jefferson Reborn examines all the reasons why that prediction never happened. It is an endearing look at the relationship between Cayce and young T.J., who was tutored by Cayce for nearly the first nine years of the boy’s life in preparation for the great work ahead of him. But it also explores how decisions made by T.J.’s absentee parents put their son’s soul on a totally different path.

This is the story of the fate of a child that Edgar Cayce so loved and predicted could be the world’s redemption…If only.

Joanne DiMaggio, MA, CHt, has been actively involved with Edgar Cayce's Association for Research and Enlightenment (A.R.E.) since 1987and has been the Coordinator for A.R.E. Charlottesville since August 2008. She earned a Masters in Transpersonal Studies degree and her Spiritual Mentor certification through Atlantic University. Joanne has given talks on the subject of past-life and life-between-lives exploration, and soul writing to audiences across the country. The author of six books, Joanne conducts private sessions via Zoom. Learn more at JoanneDiMaggio.com. 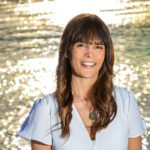 De-Escalate: How to Calm an Angry Person in 90 Seconds or Less with Douglas Noll 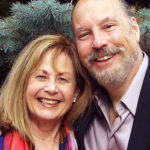 A Story of Karma with Michael Schauch