Please join us and our guest, Steven Sadleir, for a show on The Global Enlightenment, where he will discuss the enlightenment of consciousness that is currently happening all over the world.

Steven S. Sadleir is a leading World Master and is known as the American Guru by other Masters around the world. He is the director of the Self Awareness Institute and has taught thousands around the world since the mid 1980’s. He is a leading author, trainer and speaker on mindfulness, mind control and manifesting. He stars in three movies about consciousness: Spiritual Revolution, 3 Magic Words and Enlightenment Now. He is host of Enlightenment Radio, hosted two television programs, is a best-selling author with over a dozen books, and is currently in production on another feature film.

Guruji holds a Master’s in Financial Economics, as a Rotary Scholar, from the University of Wales, UK, and worked as a financial guru for the US Government, International banker for Lloyds Bank LA, as investment banker, and as fund advisor to some of the largest investment funds in the world. Over the last few decades he has conducted VIP training for Congressmen, CEO’s, Entrepreneurs, and Stars. Steven’s core competence is to raise consciousness and bring spirituality to business, and to life, through an understanding of the science of the spirit and knowing how to conduct energy more powerfully. He has a thirty year track record of enlightening others.

This Master integrates the science of consciousness and energy into business applications for radical results. He trains the trainers, groups like T. Harv Ekart and Peak Potentials (Extreme Wealth, Wealth & Wisdom, etc.), Mental Journey to Million with Matthew Ferry, Mike Ferry International. He has done seminars with Mark Victor Hansen and Dr. David Hawkins, and provided mindfulness training to the medical staff of Dignity Health Care and St. Mary’s Hospital. Master Steven is at the leading edge in mind-tech for the 21st century and the enlightenment of humanity. 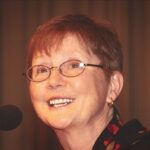 WE CONSCIOUSNESS: 33 Profound Truths for Inner and Outer Peace with Karen Noé 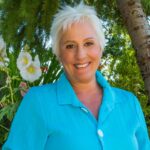 Unity Consciousness & Why Every Human Is Important with Francine Vale