Please join us and our guest, Cate Montana, for a show on Apollo & Me. Combining mysticism and science, magic and myth, passion and romance, Apollo & Me is a fastpaced, cross-time teaching tale that explodes stale beliefs surrounding the relationship between the gods and man, man and woman, sexuality and spirituality, and ultimately the material illusion of the world itself.

Cate is the author of The E Word: Ego, Enlightenment & Other Essentials (Atria/Enliven Books 2017), and Unearthing Venus: My Search for the Woman Within (Watkins 2013), co-author of The Heart of the Matter: A Simple Guide to Discovering Gifts in Strange Wrapping Paper (Hay House 2013) with Dr. Darren Weissman, and co-author of Ghetto Physics: Redefining the Game with Will Arntz, cocreator of the hit indie film What the Bleep Do We Know!?

A former network television production engineer and editor for ABC, NBC, CBS, ESPN, BBC and HBO, Cate also spent many years as a newspaper reporter in the Pacific Northwest. Over the course of her life she has traveled extensively, meditated (a lot), worked with plant medicines with shamans in the Amazon jungles of Peru, the Andes in Ecuador and the deserts of New Mexico, studied yoga and participated in ancient alchemical Goddess-based consecration rituals in India, explored pre-historic South African ruins on horseback, hiked solo through England’s sacred sites … and has embarked upon many more of life’s wondrous adventures!

She has a master’s degree in humanistic psychology, is passionately in love with all things Greek, and lives on the island of Maui in Hawaii, the farthest point of land from any other landmass in the world. 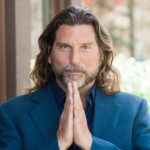 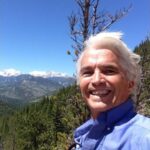 Buddha and Einstein Walk Into a Bar, with Teresa Mishler