Please join us and our guest, Robert Manni, for a show on A Guy’s Guy’s Guide to Spiritual Seeking (Modern Man’s Search for Meaning). Robert will discuss modern man’s search, and tips for living a more meaningful and fulfilling life. This will include relationship, wellness, spiritual seeking and easy-to-do practices, as well as topics covered in his podcast, book, and blog ... and the Guy’s Guy movement where men and women can be at their best and win.

Robert’s website, RobertManni.com, features his syndicated blog, On Life, Love and the Pursuit of Happiness, media appearances, branded videos, appearances and events. Robert has appeared on broadcast television (NBC’s Morning Blend, WPIX11 Morning News) and is a frequent guest across a spectrum of satellite, terrestrial, and web-based radio programs and podcasts.

Robert has been featured on ABC Radio’s Men’s Life with Slacker.com and is a contributor to Huffington Post, Good Men Project, Thought Catalog, Cupid’s Pulse, GalTime, is a featured expert at YourTango, and was named a Top Dating Blogger by DatingAdvice.com.

His novel, THE GUYS’ GUY’S GUIDE TO LOVE, praised as the “men’s successor to Sex and the City,” has been developed into two feature-length adapted screenplays, a scripted television series (pilot and treatment), and a series of non-scripted Guy’s Guy show concepts. 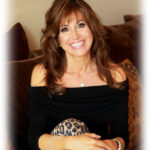 The Art of Balancing Life, Love & Business with Renee Piane ~ The Love Designer 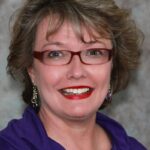