Please join us and our guest, Lynne McTaggart, for a show about "The Power of Eight." Lynne is one of the central voices in the new consciousness movement. She is the award-winning author of seven books, including worldwide bestsellers "The Field," "The Intention Experiment," "The Bond" and her latest book "The Power of Eight."

Lynne is consistently listed in the Watkins’ annual list of the 100 most spiritually influential people in the world. As Editorial Director of What Doctors Don’t Tell You (www.wddty.com), she publishes one of the world’s most highly praised health publications and runs highly popular health and spirituality teleconferences and workshops. For the third time, What Doctors Don’t Tell You has been awarded “Best” and “Most Popular” website of the year for health and wellbeing.

Lynne is also the architect of the Intention Experiments, a web-based “global laboratory,” which was prominently featured in the plotline of Dan Brown’s blockbuster "The Lost Symbol.” Lynne is a member of both the Transformational Leadership Council, launched by Jack Canfield, and the Evolutionary Leaders, launched by Deepak Chopra. She has appeared in many documentaries on the science of spirituality, including “What the Bleep?!: Down the Rabbit Hole,” “The Living Matrix,” “I Am” and “The Abundance Factor.”

She is a highly sought after public speaker, speaking at conferences and workshops around the world. Lynne and her husband, WDDTY co-founder Bryan Hubbard, live and work in London, UK. They have two adult daughters. For more information, visit LynneMcTaggart.com.

The Power of the Awakened Feminine with Les Jensen 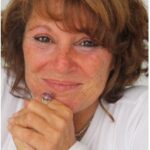