Please join us and our guest, Jerry M. Kantor, for a show on his book, Sane Asylums: The Success of Homeopathy Before Psychiatry Lost Its Mind. Revealing the astonishing but suppressed history of homeopathic psychiatry, Jerry examines the success of homeopathic psychiatric asylums in America from the post-Civil War era until 1920, including how the madness of Mary Todd Lincoln was effectively treated with homeopathy at a “sane” asylum in Illinois. He focuses in particular on New York’s Middletown State Homeopathic Hospital for the Insane, where superintendent Selden Talcott oversaw a compassionate and holistic treatment regime that married Thomas Kirkbride’s moral treatment principles to homeopathy.

Presenting the official homeopathic blueprint for treating mental disorders, Jerry explores Talcott’s methods—including nutrition and sophisticated, side-effect-free homeopathic prescriptions—and how Middletown inspired similarly enlightened sane asylums across the country. He reveals how homeopathy was pushed aside by pharmaceuticals, which often caused more harm than good, as well as how the current critical attitude toward homeopathy has distorted the historical record. Jerry shows how we can improve the care and treatment of the mentally ill and stop the exponential growth of terminal mental disorder diagnoses that are rampant today.

Jerry M. Kantor, L.Ac., CCH, MMHS, is a faculty member of the Ontario College of Homeopathic Medicine and owner of Vital Force Health Care LLC, a Boston-area homeopathy and acupuncture practice. The first acupuncturist to receive an academic appointment at Harvard Medical School’s Department of Anaesthesiology, Jerry is the author of Interpreting Chronic Illness and The Toxic Relationship Cure. He lives in Dedham, Massachusetts. Learn more at VitalForceHealthCare.com and RightWhalePress.com. 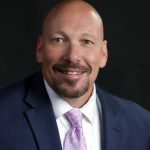 The Awakened Soul with Lynn Patner 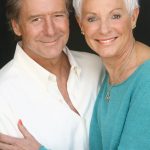