Please join us and our guest, Nick Meima, for a show about "The Doorway of Divorce."

Nick Meima, MS, is founder and owner of After Divorce Support. His varied career has included being director of large retirement communities. He has also started a number of businesses, including The Gathering Place, an organization providing support to Men; Affordable Home Care, a home-health agency; the Cohousing Development Company; My Personal Ceremony; and Starting Over Again. His academic background includes Psychology; Marriage and Family Counseling; Gerontology; Organizational Consulting; Facilitation training; and Psycho/Spiritual Counseling.

Regarding his personal journey, Nick was raised in a very religious family, and went through a religious educational system from Kindergarten through his Bachelor’s degree. He was married at the age of 20, with two daughters from his first marriage. At age 35, Nick experienced a major turning point, going through a three-month separation. At that time, he realized he’d been focusing on family and career, with virtually no friends, and was not happy.

What followed was a process that resulted in Nick’s leaving all of the old religious beliefs behind, along with a 20-year marriage, and his career in the retirement community. In addition, he began focusing on creating his personal theology/cosmology; catalyzing three co-housing communities; training as a Celebrant; getting married for a second time, becoming step-father to two children, and then most recently, working to support individuals dealing with life transitions. Nick currently facilitates programs locally, and online for people around the world. 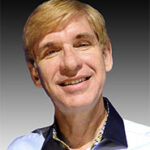 We Are Portals of Awakening with Dr. Amber Wolf

Do One Thing Feel Better/Live Better with Julia Scalise