Please join us and our guest, Philip Shepherd, for a show on[his new book, “Radical Wholeness.” Philip is recognized as an international authority on embodiment. He travels the world teaching The Embodied Present Process™ (TEPP), a unique set of practices he developed for getting us out of our heads and reconnected with the profound intelligence of the body.

He is the author of two ground-breaking books, New Self, New World: Recovering Our Senses in the Twenty-first Century, and the newly published Radical Wholeness: The Embodied Present and the Ordinary Grace of Being.  The books draw on a lifetime of research and experience and have been widely acclaimed for their original vision.

Philip has a passion for adventure and exploration, and throughout his life it has been coupled with deep connection to the body’s intelligence, and a burning desire for freedom. At 18 those passions took him from his native Canada to cycle alone through Europe, the Middle East, Iran, India and Japan. They prompted him to study classical Noh Theater in Japan, design and build several houses, co-found an arts magazine, Onion, co-found an interdisciplinary theater company, teach workshops on embodied thinking and presence, write two internationally produced plays and a television documentary, and earn a reputation as a corporate coach. Philip has also been an actor his whole life, and has played lead roles on stages in London, New York, Chicago and Toronto. 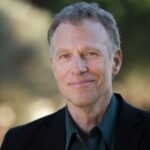 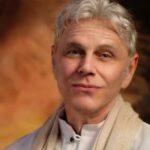 The Power of Supreme Love & Himalayan Teachings with Aaravindha Himadra