Please join us and our guest, Darryl Anka, for a show on “One: A Unified Theory of Metaphysics.”

After experiencing two, close, broad-daylight UFO sightings, Darryl Anka began to research the subject as well as becoming familiar with an array of metaphysical topics, including channeling.

His path led him to become a channel for an extraterrestrial entity called Bashar, which is an Arabic word that means “messenger.” Darryl has channeled Bashar’s information internationally for the past 34 years, providing powerful methods by which people can change their lives in positive ways.

Bashar’s information has been published in over 20 books in the U.S. and Japan and hundreds of CDs and DVDs have been distributed worldwide by April Rochelle of Bashar Communications. Recorded seminars are available at bashar.org.

In addition to his channeling career, Darryl also has over 35 years of experience in miniature effects, storyboards, sets and designs on three Star Trek films, Iron Man, The Aviator, Pirates of the Caribbean 3: At World's End, I Robot, Live Free or Die Hard and Flags of our Fathers among several others.

Darryl has had a feature film produced by Nu Image Entertainment, and has made two films as writer-director-producer. The first, called "Dearly Departed," is a fictional documentary shot as if the crew took a camera into the afterlife and interviewed the spirits of people who've passed on to get their insights on life after death.

The second film, a unique documentary called “First Contact,” explores how he became a channel and the potential impact of ET contact on our society. Both films are available at ziafilms.com.

Darryl is developing a number of other feature film and television projects along with his wife and co-producer, Erica Jordan, at their Los Angeles production company, Zia Films.

His book, “Shards of a Shattered Mirror – Book 1: Cryptic” is available at bashar.org and darrylanka.com. 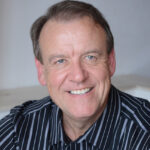 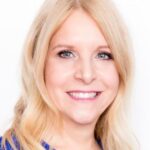