Please join us and our guest, Joe McQuillen, for a show on My Search for Christopher on the Other Side, an unforgettable book of a father’s relentless love for his son who went missing. After his body was recovered, Joe began his journey through grief, awakening, discovery and acceptance as he—through mediums, research and, eventually, direct communication—navigated his personal bridge to “the other side.”

Joe McQuillen has been married for 27 years and is the father of three children, one on the “other side.” Joe was the youngest of 10 children from an Irish-Catholic family, and although he has had two successful careers, he is at heart a blue-collar kid from Buffalo, NY. Starting as a salesman, he spent 25 years in the automobile business, working his way up to executive manager and partner in a number of successful Chicagoland dealerships. After selling out in 2009, Joe began a second successful career as a mortgage broker and is currently with Chicago Financial Services.

Among his many charitable associations, Joe sits on the board of In Balance Ranch Academy, a boarding school dedicated to helping troubled teens with addiction. Following the loss of his son, he began running a charity golf outing to benefit both In Balance Ranch and Penguin Players, a theater troupe of disabled young adults (mostly Down syndrome).

Joe is himself 33 years sober and a member of AA, a fact that has, in his words, “helped me to get close to God and to carry me through the dark times after my boy’s crossing.” His journey has led him both to speak to teens with addiction and to write this book. Joe has pondered the possibility that he may one day turn the tragedy of his son’s death into a new, third, career, one which may well be the most fulfilling of his life. 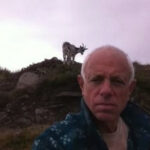 The Book of Freedom with Paul Selig 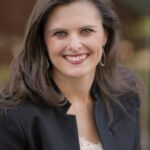 The Art of Psychic Reiki with Lisa Campion