Please join us and our guest, Sharron Rose, for a discussion on "Awakening To Your True Nature." Sharron Rose, M.A. Ed., is a true renaissance woman. A filmmaker, choreographer, composer, author, teacher and healer, she has spent the past thirty five years working in the fields of education and the arts to investigate, integrate, and impart the knowledge and wisdom of ancient and traditional cultures throughout the world. Throughout the years she has learned to transit the worlds of art, spirit and commerce in a unique and compelling way.

From 1983-1988, with the assistance of a Professional Development Grant from the American Institute of Indian Studies, and a Fulbright Senior Research Fellowship, she began extensive research into the art, culture and spiritual traditions of North India. During this time she became the first American disciple of early Bollywood film star, tantrika and renowned classical Indian dancer, Sitara Devi and was initiated into a secret/ sacred tradition of the ancient feminine yogic arts. Since that time, she has consistently sought out other remnants of these rich symbolic teachings in the ancient traditions of Egypt, Tibet, Dzogchen, Taoism, Kabbalah, Shamanism and Gnosticism. She has also trained in the healing arts of Cranio-sacral Therapy and the Psychophysical Method of Neuro-sensory Re-education.

Sharron is the author of the award-winning book, The Path of the Priestess: A Guidebook for Awakening the Divine Feminine (Inner Traditions). She is also the director/composer/author of   Awaken, a world music and dance performance project, which celebrates the many aspects of the Divine Feminine. From her many years as both scholar and practitioner in these ancient ritual arts, she brings a unique perspective on the power and potential of integrating mind, body and spirit.  In addition, she is the owner of Shasta Style, for we she has created beautiful Shamanic feather earrings as seen in The Last Avatar.  For more information: thelastavatarmovie.com, sacredmysteries.com, shastastyle.com , facebook.com/thelastavatarmovie.

Building The Culture of the Heart with Susanna Bair 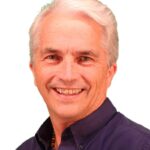