Please join us and our guest, Harsha, for a show on Ashtavakra Gita: The Ultimate Solace – Third Edition. Ashtavakra Gita, also known as the Song of Ashtavakra, is a Sanskrit scripture which has two hundred and ninety-eight verses, spread across twenty chapters. These verses present a spiritual conversation that took place between Sage Ashtavakra and King Janaka in ancient times.

In this modern-day classic, Harsha has translated the verses of Ashtavakra Gita into English language. Along with it, he has written an enlightening commentary on these verses interpreting their meaning in an unmatched way. This highly acclaimed work deals with the core ideas of spirituality, such as Goal of Spirituality, Choice Vs. Destiny, Nature of Existence, Nature of Our Soul, Ignorance - the real cause of suffering, Liberation and Self-Realization, Attainment of Self-Realization through Verbal means, and Karma and its types. This book paves the way for attainment of self-realization in an uncompromising manner. It makes us aware of the fundamental unity that we have with the all-pervasive existence.

Harsha left behind his flourishing career as a software engineer in his mid-twenties and became a dedicated spiritual seeker. He spent a decade of intense struggle doing spiritual practices and austerities in the raw conditions of the Himalayas. During this period he also learned the original Sanskrit scriptures of Indian Philosophy in a traditional monastery. He currently teaches various systems of Indian philosophy, and guides spiritual seekers around the world. His interactive lectures on spirituality and self-realization are well received among his students across various countries. He has traveled to countries like Russia, Nepal and India to deliver interactive discourses on spirituality and self-realization. Learn more at www.ajatsrishti.com. 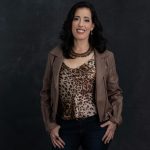 The New Human Family with Tonya, Justin, and Neva Recla 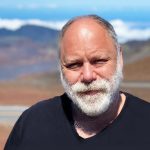